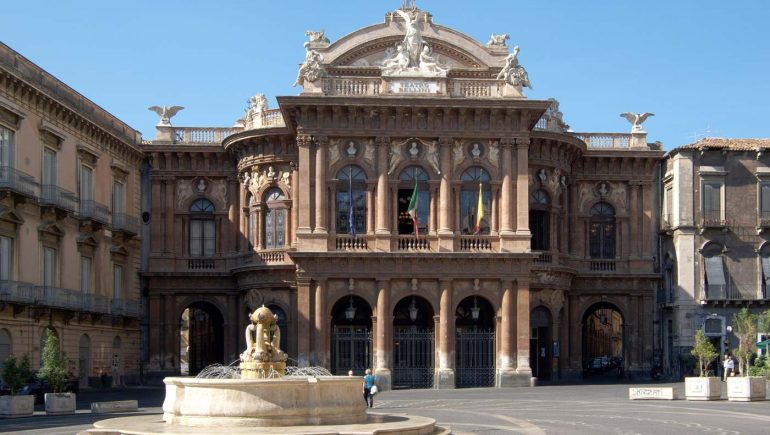 Located at the foot of the suggestive Mount Etna which often gives it a particular charm with its eruptions, Catania, overlooking the Ionian Sea, is a splendid city of art, an undisputed example of Sicilian Baroque and for this Unesco heritage together with the other cities of the Val of Noto.

Catania originates as a Sicilian settlement, refounded with the name of Kατάvη in 729 BC. by Chalcidian Greek colonists. In the 5th century BC it was occupied by the Syracusans, who baptized it Etna, it was then conquered by the Romans in 263 BC. With the fall of the Roman Empire, the city followed the fate of Sicily, being conquered first by the Ostrogoths, then by Arabs, Normans, Swabians and Angevins.

Shocked by the terrible eruption of Etna in 1669 and the disastrous earthquake of 1693, the city was almost entirely rebuilt at the beginning of the eighteenth century, according to the baroque taste of the time that characterizes all of south-eastern Sicily.